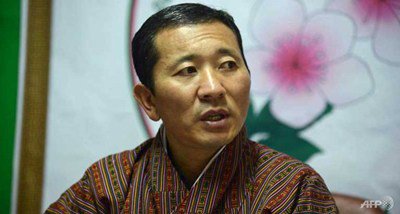 Druk Nyamrup Tshogpa (DNT) will form new government in Bhutan. The party has won 30 seats in 47 member National Assembly, the lower house of the parliament.

The Druk Phuensum Tshogpa (DPT) has got remaining 17 seats. The Election Commission of Bhutan has formally announced the results of parliamentary election held yesterday.

According to the commission 71.46 percent polling was recorded in the third general election. DNT President Dr Lotay Tshering won from South Thimphu constituency with a huge margin and he is set to form the new government.

This is the first time in Bhutan’s decade old parliamentary democracy that a new party has been chosen to form the government.

In last two elections the Bhutanese electorates had stuck with the two old parties DPT and People’s Democratic Party (PDP).

A total 94 candidates, 47 each from DNT and DPT tried their luck in the final round of general elections. According to the constitution of Bhutan only two parties, which get highest votes in primary round, can participate in the final round.

DNT and DPT had got maximum votes in the primary round election held last month, while ruling PDP came third and failed to qualify for the last round.