Government today said, CBI is the country’s premier investigative agency and maintenance of its institutional integrity is a precondition.

Talking to reporters in New Delhi, Finance Minister Arun Jaitley said, it is an extraordinary situation that two topmost officers of CBI have been accused.

Mr Jaitley said, in the interest of fair play, and to maintain institutional integrity of CBI, the two officers will sit out by going on leave as an interim measure.

He added that the Central Vigilance Commission, CVC’s recommendation and the government’s action is intended to restore the institutional integrity and credibility of CBI.

Mr Jaitley said, CVC had said in its yesterday’s meeting that neither Alok Verma or Rakesh Asthana nor any agency under their supervision can investigate charges against them. 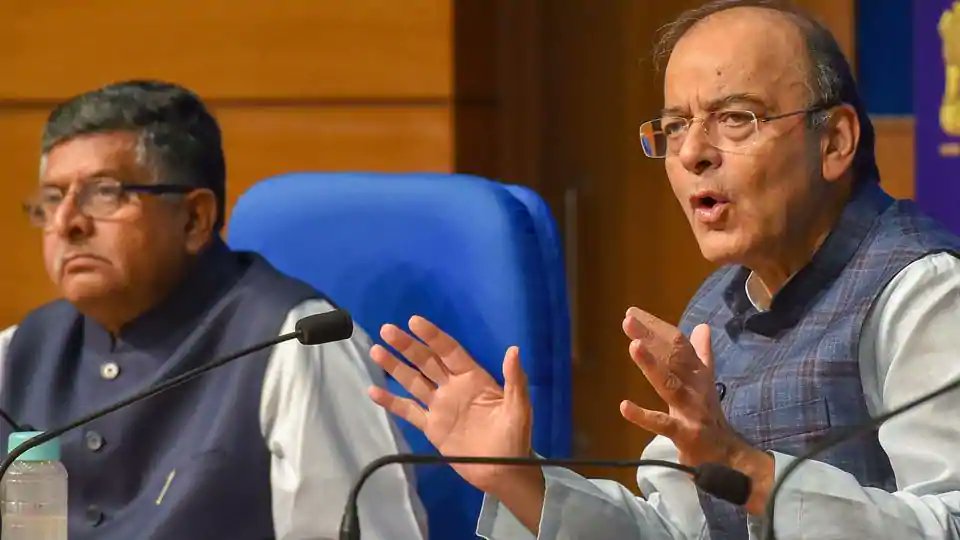 PM removed the CBI Director to stop him from investigating Rafale. Mr 56 broke the law when he bypassed CJI & LOP. Mr Modi, Rafale is a deadly aircraft with a superb radar. You can run, but you can’t hide from It

AAP: The country is watching with disbelief and disgust the ongoing drama unfolding within the country’s premier investigating agency, the Central Bureau of Investigation (CBI).The entire responsibility of the ongoing shameful developments within the CBI lies squarely with the Prime Minister Mr Narendra Modi, who is the cabinet minister incharge of the administrative ministry for CBI – the DoPT.Misuse of CBI was nothing new in India and successive central governments have been guilty of misusing this agency for suiting their political interests, so much that the Supreme Court of India had in 2013 termed the CBI a “caged parrot” during the Congress-led UPA rule.The Modi government, however, has surpassed all limits and in its greed to implicate political rivals in false cases, it destroyed whatever remained of the CBI’s credibility to such a shameful extent that its top officers are busy fixing each other.The AAP has always stood for an independent CBI free of government control and consistently demanded that the CBI should report to an independent Lokpal and not the government of the day.The suspect intentions of Modi government become clear from the fact that with its five year tenure almost coming to an end now, it has failed to appoint the Lokpal so far, this is because the Prime Minister and his council of ministers did not want to make themselves accountable to an independent ombudsman.

Had there been a Lokpal in the country today and had the CBI been reporting to it, the country would not have seen such shameful days.

The AAP demands that the Modi government must immediately tell the country how it will restore the credibility of the CBI, which it has damaged beyond repair.