Voice of America via Scandinavia news 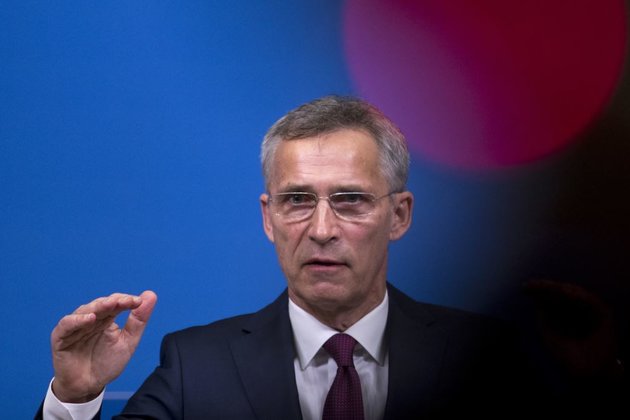 BRUSSELS – NATO Secretary-General Jens Stoltenberg said Wednesday that allies blame Russia for violating an important Cold War-era missile treaty but he does not expect them to deploy more nuclear warheads in Europe in response.

U.S. President Donald Trump has threatened to pull out of the Intermediate-range Nuclear Forces Treaty, saying Russia is violating it.

The European Union says the pact is a cornerstone of European security and is urging Russia and the United States to uphold it, but Stoltenberg did not encourage the U.S., the biggest and most influential member of NATO, to stay in the treaty.

As tensions mount over Russia’s missile development, the country’s defense minister warned that Moscow could be forced to respond to increased NATO military activities near its western border.

NATO on Thursday officially launches its Trident Juncture war games in Norway, its biggest maneuvers since the Cold War. Russia, which shares a border with Norway, has been briefed by NATO on the exercises and invited to monitor them, but the move has still angered Moscow.

The NATO maneuvers in Norway will involve around 50,000 personnel, 65 ships, 250 aircraft and 10,000 vehicles in hypothetical scenario that involves restoring Norway’s sovereignty after an attack by a “fictitious aggressor.”

While concerned about Russia’s new missile system, Stoltenberg pointed out that he does not expect a repeat of the so-called “Euromissiles crisis” in the 1980s when the United States deployed cruise missiles in Europe to counterbalance a perceived threat from Russia’s SS-20 nuclear warheads.

The United States insists that the new Russian system – known as the 9M729 – contravenes the 1987 INF treaty and NATO allies agree that is probably the case. The pact between Moscow and Washington bans an entire class of weapons – all land-based cruise and ballistic missiles with a range from 500-5,500 kilometers (310-3,410 miles).

Experts say the Russian system would operate at lower altitudes, making it tough to detect and bring down. It could also reach targets across Europe and even the U.S. west coast if stationed in Siberia.

“The INF is a landmark treaty, but the problem is that no treaty can be effective, can work, if it’s only respected by one” side, Stoltenberg said, noting that the “U.S. is in full compliance.”

He said, based on U.S. intelligence and Russia’s reluctance to discuss the missile system with NATO, “the most plausible explanation is that Russia is in violation of the treaty.”

Asked whether he thought the United States should stick with it, Stoltenberg said: “The challenge, the problem, is the Russian behavior which we have seen over many years.”

In Berlin, Germany’s foreign minister urged his Russian counterpart to do everything possible to preserve the treaty. The foreign ministry said Heiko Maas told Russia’s Sergey Lavrov on Wednesday that this includes clearing up the allegations that Moscow has violated the pact.

The ministry said Maas reminded Lavrov of the significance of the INF for “the European security architecture” – echoing a point that he made a day earlier in a phone call with U.S. Secretary of State Mike Pompeo. Maas called on Pompeo to coordinate further steps closely with Washington’s European partners.

Speaking on a trip to Belarus, Russia’s neighbor and ally, Russian defense minister Shoigu warned that Poland’s plan to permanently host a U.S. army division would affect regional stability and trigger a Russian response. He warned that Moscow will have to “take retaliatory measures to neutralize possible military threats.”

Russia-West relations have sunk to new lows since Russia’s 2014 annexation of Ukraine’s Crimean Peninsula and its support for a separatist insurgency in eastern Ukraine.

In Norway on Tuesday, four U.S. soldiers were hurt, none of them seriously, in a vehicle accident while their convoy was delivering cargo for the military exercise.