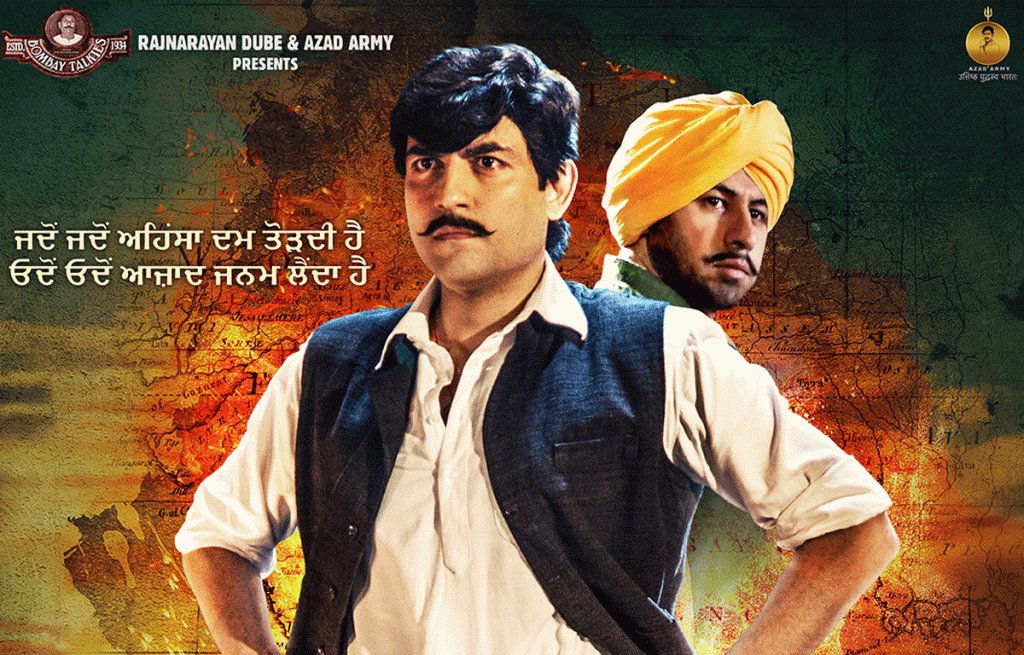 The legendary film company and Pillar of Indian Cinema – The Bombay Talkies Studios is making a splendid comeback after an interval of six decades with Production No. 117 & Distribution No. 261 of the film “Azad”. Bombay Talkies has produced 116 films including Achhut Kanya, Karma, Bandhan, Kangan, Kismet, Mahal, Jhoola, Daag, Mashal and many more, Distributed over 260 films, Constructed over 400 Cinema Halls and financed more than 700 films and also responsible for making the careers of 280 Legends including Himanshu Rai, Devika Rani, Kishore Kumar, Raj Kapoor, Dilip Kumar, Madhubala, Kamal Amrohi, Satyajit Ray, Bimal Roy, S. D Barman and many more. The contribution of Bombay Talkies is written with timeless Golden words in the history of Indian Cinema.

Now the Bombay Talkies is returning back to repeat the success history with the aim and ambition to produce, distribute, promote and protect the regional cinema. Following the tradition and legacy of glorious past the legendary film company is making a splendid comeback with biggest and mightiest film ever made in Punjabi “Azad”, which is based on life and times of the greatest revolutionary, Chandrashekhar Azad. The film is written and directed by military school student and filmmaker Aazaad.

Aazaad feels that this film is the need of the hour for the land of revolutionaries, the land of mighty worriers, the land of saints and the land of gurus i.e. Punjab. It’s a tribute to the revolutionaries who did the supreme sacrifice, offered their life by hanging on the gallows for the sake of independence of the motherland. The remarkable film is presented by the founders of Bombay Talkies Gharana, The Legendary Rajnarayan Dube and nationalist organization Azad Army. The company has made more than hundred films in different languages. This is the first time that the company has made a film in Punjabi which itself is a remarkable achievement for the Indian Cinema.

It is an honor and a privilege to share the significant news of Indian cinema.