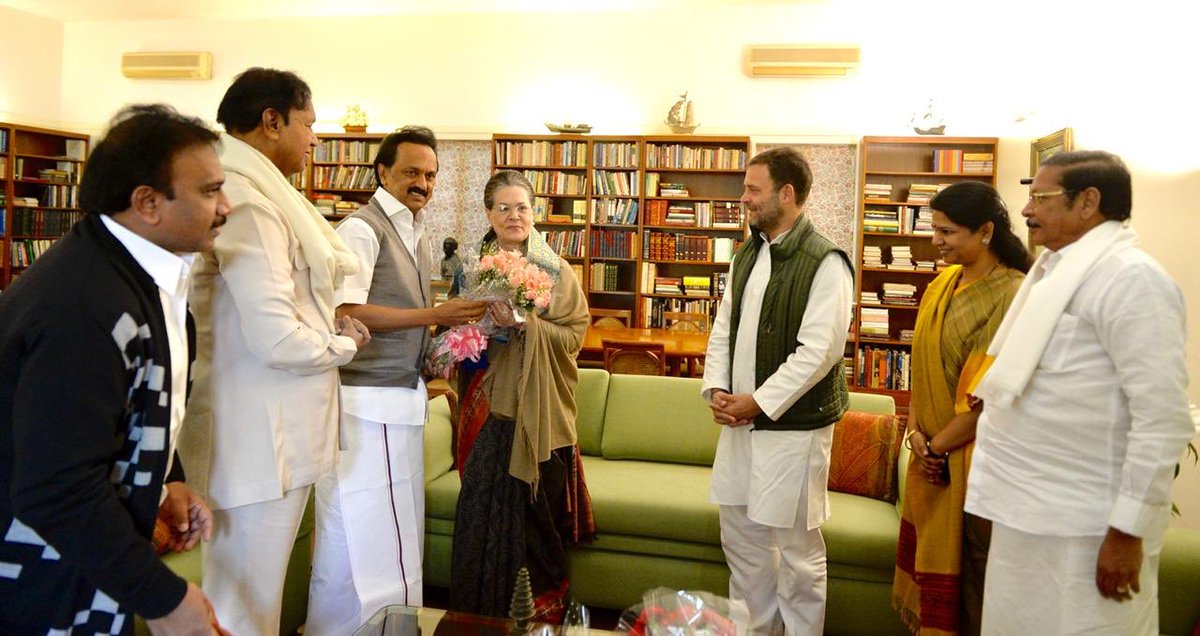 Shri Stalin & senior members of the DMK, visited Sonia Ji in Delhi today, to wish her on her birthday. We had a warm & cordial meeting & discussed a range of issues. I look forward to continuing our dialogue & to strengthening our alliance, that has stood the test of time.

Congress President Rahul Gandhi reaches Sonia Gandhi’s residence at 10 Janpath. The Congress was leading in the BJP-ruled states of Rajasthan and Chhattisgarh and was locked in a close fight in Madhya Pradesh while the TRS forged ahead in Telangana and the MNF in Mizoram, trends indicated on Tuesday as votes for elections in the five states were counted. 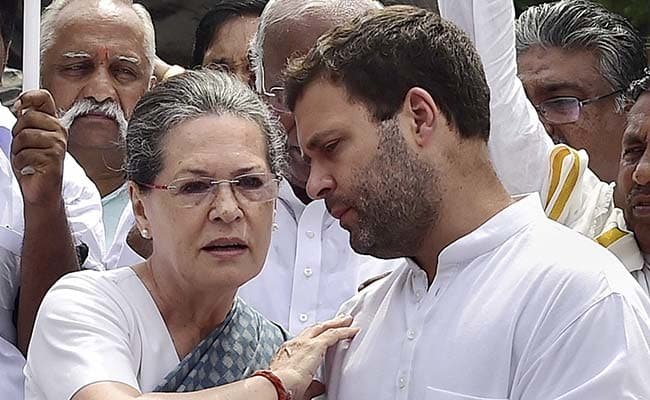 The Rahul Gandhi-led party became the focal point of attention as the morning progressed and trends showed it could possibly steal a march over rival BJP in the Hindi heartland states of Rajasthan and Chhattisgarh.

In Madhya Pradesh, the picture changed minute to minute, in an electoral exercise being seen as a semi-final to 2019. “Trends show Congress marching ahead to victory in Rajasthan, MP and Chhattisgarh. We are confident the trend will continue across the country,” Congress leader Sachin Pilot said in Jaipur.

With election trends showing reverses for the BJP, senior BJP leader and Home Minister Rajnath Singh said the polls were fought on the basis of the performance of state governments, rejecting the notion that the results would be a reflection of the Modi government.