The head of the Russian General Staff, General Valery Gerasimov and NATO’s Supreme Allied Commander in Europe General Curtis Scaparrotti met in Baku, Azerbaijan on Wednesday. Gerasimov raised an issue of the strengthening of NATO’s advanced military presence near Russia’s borders, “which does not contribute to reducing tensions,” the Russian Defense Ministry said. 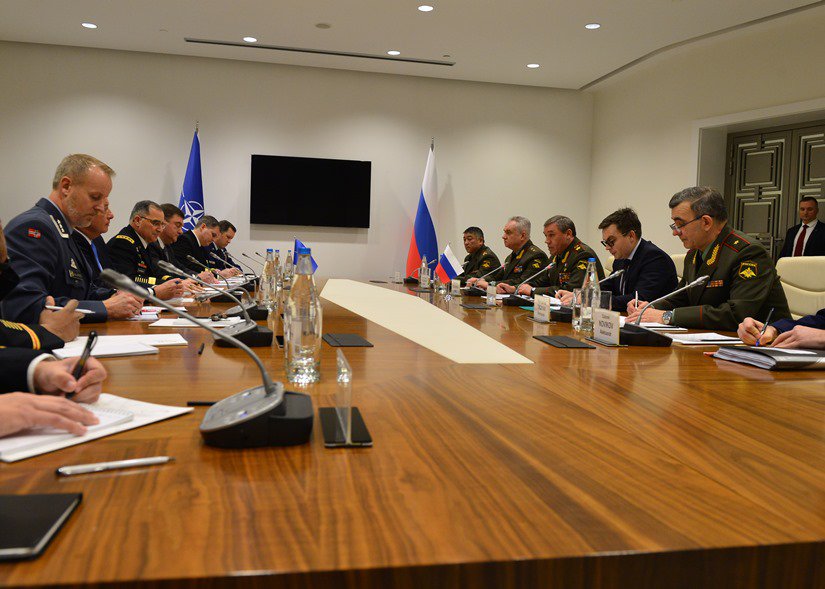 The two sides also informed each other about the most important operational training activities planned for 2019. At a separate meeting with the Russian delegation headed by Gerasimov, Azerbaijani President Ilham Aliyev earlier on Wednesday thanked Moscow for choosing Baku to host a meeting between the top military commanders from Russia and NATO, TASS reports. Relations between Baku and Moscow have been successfully developing in every field, including the defense area, Aliyev said.

Media reports: General Curtis M. Scaparrotti, NATO’s Supreme Allied Commander Europe met with General Valery Gerasimov, Chief of the General Staff of the Armed Forces of the Russian Federation and First Deputy Minister of Defence  on Wednesday, Dec. 12, 2018, in Baku, Azerbaijan.
NATO’s Supreme Allied Commander and the Russian Chief of the General Staff exchanged views on their respective military activities and exercises. The two military leaders use this channel of communication to promote military predictability and transparency.
The meeting reflects the priority NATO accords to transparency and predictability, and demonstrates a commitment to use this important channel of communication between NATO and Russian military authorities for this purpose.
This is the second face to face meeting for General Scaparrotti and General Gerasimov in Baku, Azerbaijan. Their first meeting took place in Apr. 2018 followed by a phone call in Sept. 2018.
General Scaparrotti and General Gerasimov agreed to continue using the military lines of communication in the future.