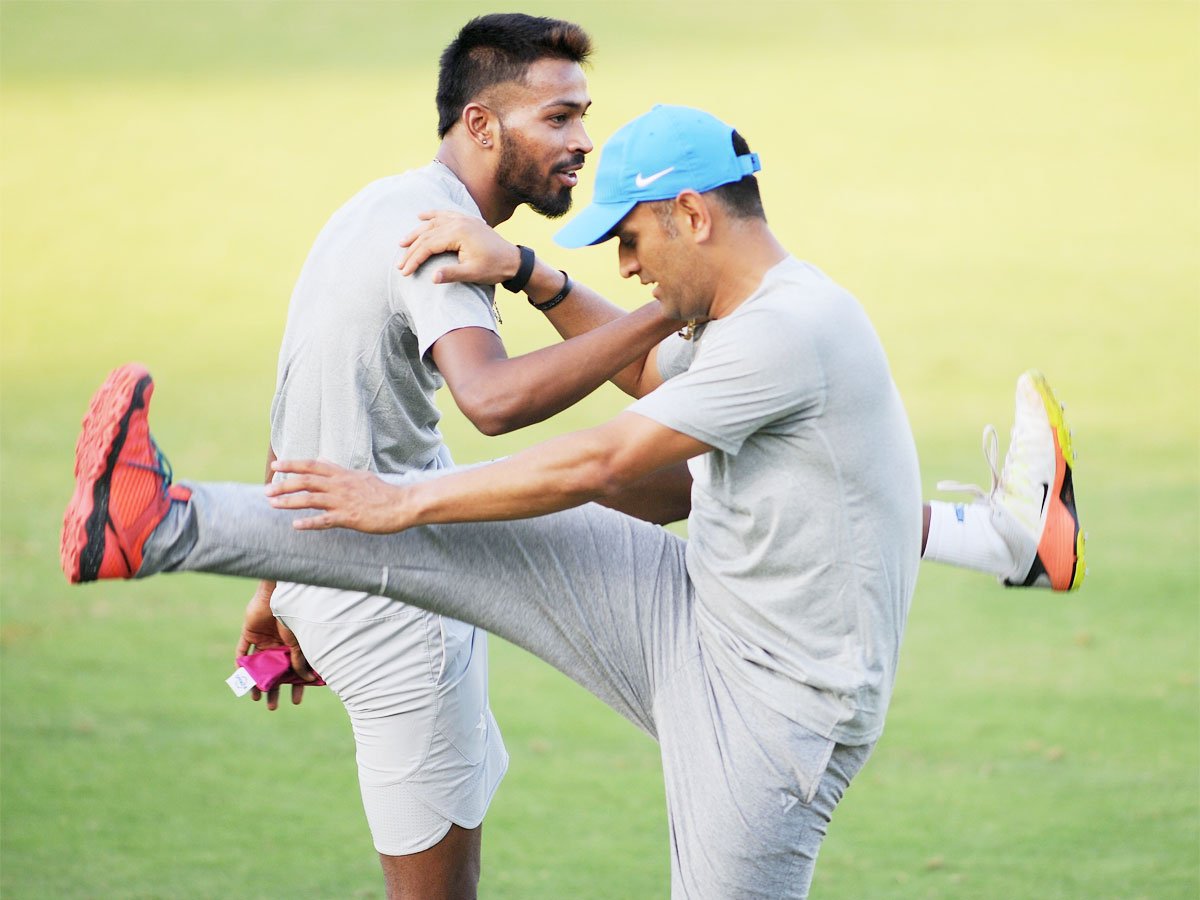 India’s squad for ODI series against Australia and New Zealand: Virat Kohli (Capt), Rohit Sharma (VC), KL Rahul, Shikhar Dhawan, Ambati Rayudu, Dinesh Karthik, Kedar Jadhav, MS Dhoni (WK), Hardik Pandya, Kuldeep Yadav, Yuzvendra Chahal, Ravindra Jadeja, Bhuvneshwar Kumar, Jasprit Bumrah, Khaleel Ahmed, Mohammed Shami.
India’s squad for T20I series against New Zealand: Virat Kohli(Capt), Rohit Sharma (VC), KL Rahul, Shikhar Dhawan, Rishabh Pant, Dinesh Karthik, Kedar Jadhav, MS Dhoni (WK), Hardik Pandya, Krunal Pandya, Kuldeep Yadav, Yuzvendra Chahal, Bhuvneshwar Kumar, Jasprit Bumrah, Khaleel Ahmed. — PTI
M S Dhoni on Monday returned to India’s T20 squad for the February series against New Zealand, while young wicketkeeper-batsman Rishabh Pant was dropped from the ODI squad.
Dhoni’s return comes as a surprise since he was dropped from the T20s against Australia only last month.
The reason cited by the selectors at that time was that they were looking for a second wicketkeeper in the format.
However, justifying the 37-year-old’s selection, a BCCI official, on conditions of anonymity, told PTI, “Since there are only eight ODIs (three against Australia and five against New Zealand), selectors want to give MS as much game time as possible (before the World Cup). Three T20Is means 11 international matches through the next one month.”
In the ODI squad, the 21-year-old Pant’s axing is the only change that the selectors have made to the side that competed against the West Indies in a home series in October-November.
India are currently engaged in a Test series against Australia and will play three ODIs against them starting January 12 in Sydney.
This will be followed by a limited-overs engagement with New Zealand, starting with five ODIs from January 23. The three T20 Internationals against Kiwis are lined up from February 6.