Pope Message,”Share, Give, On Christmas.”

#PopeFrancis “By his incarnation, the Son of God tells us that salvation comes through love, acceptance, respect for this poor humanity of ours, which we all share in a great variety of races, languages, and cultures. Yet all of us are brothers and sisters in humanity. 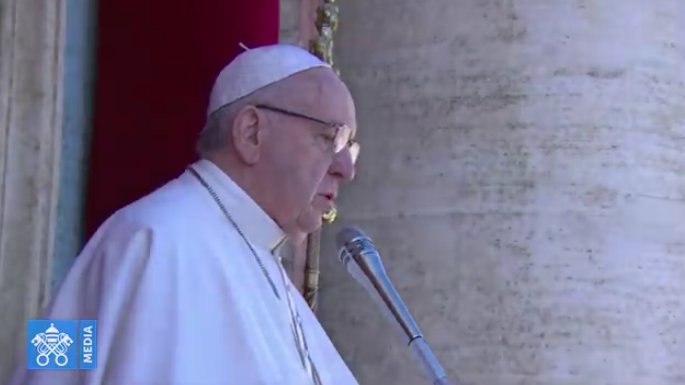 Pope Francis on Monday assailed the “insatiable greed” of today’s consumerism, calling on people in his Christmas homily to make “sharing and giving” more a part of their lives.

“Mankind became greedy and voracious,” the leader of the world’s 1.3 billion Catholics said in an address to thousands of followers in Saint Peter’s Basilica in Rome.

“In our day, for many people, life’s meaning is found in possessing, in having an excess of material objects,” he said.

“An insatiable greed marks all human history, even today, when, paradoxically, a few dine luxuriantly while all too many go without the daily bread needed to survive.”

The birth of Christ pointed to a new way to live “not by devouring and hoarding, but by sharing and giving”, he said during a Christmas Eve mass.

We “must not lose our footing or slide into worldliness and consumerism,” he added.

People should ask themselves: “Do I really need all these material objects and complicated recipes for living? Can I manage without all these unnecessary extras and live a life of greater simplicity?” he asked.