Iran’s President Hassan Rouhani on Tuesday unveiled the country’s first annual budget since the return of US sanctions, saying it had been adjusted to take account of Washington’s “cruel” measures. Iran national budget bill $405.4 billion for the next Iranian calendar year to parliament. 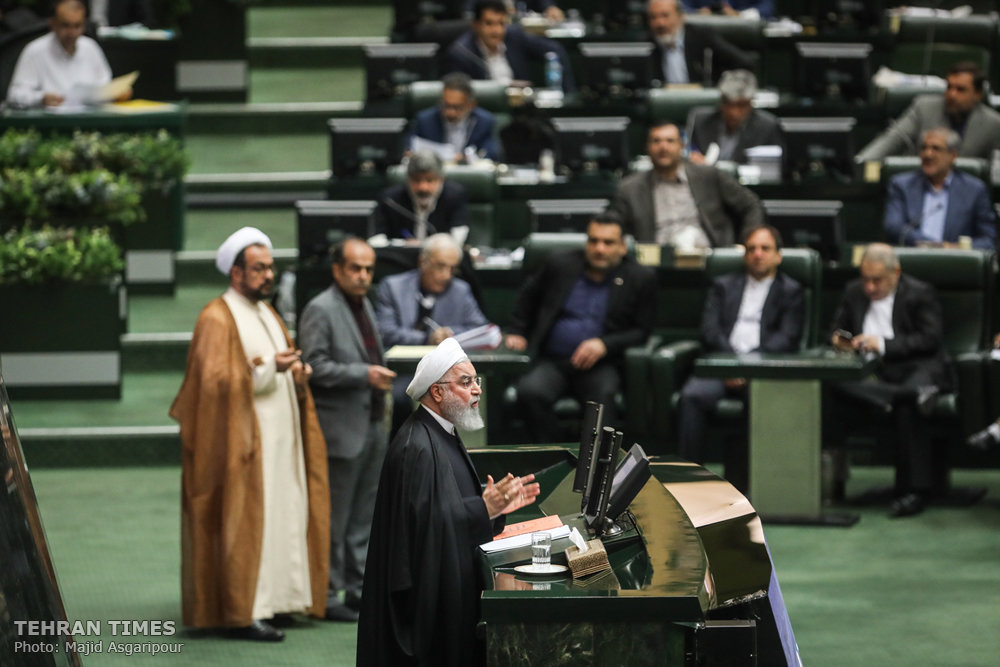 The president announced a 20 percent increase in public sector wages in a sign of the economic challenges the Islamic republic has faced since the US pulled out of the 2015 nuclear deal earlier this year.

“The real objective of the US in all of this conspiracy and sanction and pressure… is to bring the powerful Islamic republic of Iran to its knees,” the president told parliament, vowing that the US “will definitely be defeated.”