Acting US Defense Secretary Patrick Shanahan told civilian leaders of the US military on Wednesday to focus on “China, China, China,” even as America fights militants in Syria and Afghanistan, a US defence official said. 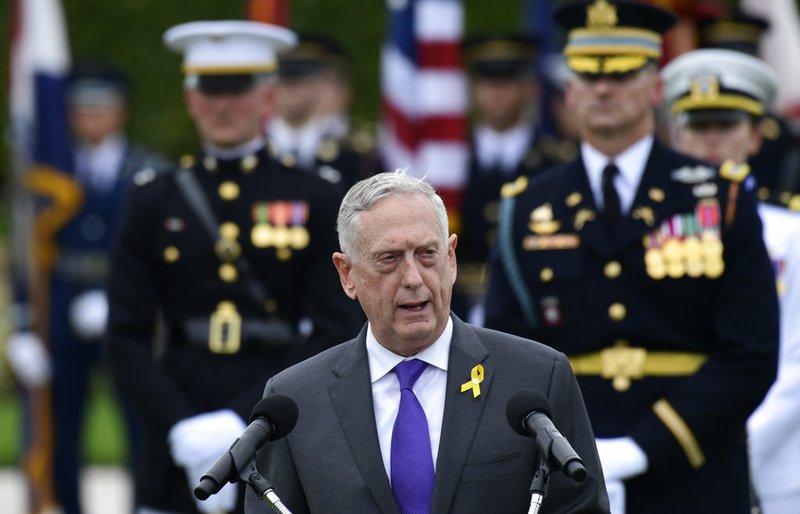 The comments came during Shanahan’s first meeting with secretaries of the US military branches since taking over for Jim Mattis, who left office on Monday after resigning as defence secretary over policy differences with President Donald Trump.

The US official, who spoke on condition of anonymity, did not elaborate on Shanahan’s views on China or what other guidance he gave during the meeting.

Other officials have described Shanahan as an advocate of the Pentagon’s toughening stance toward Beijing. The 2018 National Defense Strategyhas branded China as a strategic competitor.

The Pentagon has said he played a critical role in developing the strategy, which singled out China and Russia as top threats, saying they wanted to “shape a world consistent with their authoritarian model.”

The document said: “Long-term strategic competitions with China and Russia are the principal priorities for the Department, and require both increased and sustained investment.”

Relations between the world’s two largest economies have plumbed new depths under Trump, with a trade war and disagreements over Taiwan and the South China Sea.

Shanahan, a former Boeing executive, had been Mattis’ deputy and it was unclear how long he will remain acting secretary. Trump could face an uphill battle finding someone who can be confirmed by the Senate after Mattis’ acrimonious departure.

Several candidates long rumoured to be interested in the post had indicated in recent days, some publicly, that they did not want to succeed Mattis, who was respected in the Pentagon and enjoyed bipartisan support when he departed on December 31.

Trump acknowledged that Shanahan could be in the job for a long time. The Pentagon appeared to be taking steps to prepare for an extended tenure. This included naming David Norquist, the Pentagon’s comptroller, to perform deputy defence secretary duties provisionally as well as retaining his current title.

Shanahan sat next to Trump during a cabinet meeting on Wednesday. In a statement on Tuesday shortly after taking over the job, Shanahan said he looked “forward to working with President Trump to carry out his vision.”

That vision includes a surprise withdrawal from Syria and an expected drawdown in Afghanistan, America’s longest war. Those decisions ran against Mattis’ guidance and were believed to have factored into his resignation.

Shanahan, best known for his focus on internal Pentagon reform and his private-sector experience, had spent three decades at Boeing and was general manager for the 787 Dreamliner passenger jet before he joined the Pentagon last year.

During Shanahan’s tense Senate confirmation hearing, the committee’s then-chairman, John McCain, voiced deep concern about giving the deputy job to an executive from one of the five corporations accounting for the lion’s share of US defence spending.

“I have to have confidence that the fox is not going to be put back into the henhouse,” said McCain, who died in August.

The US is Taiwan’s top weapons supplier, something that has long irked China, which claims the self-ruled island as its own.

Earlier on Wednesday, Chinese President Xi Jinping warned that China reserves the right to use force to bring Taiwan under its control but will strive to achieve peaceful “reunification.”