Afghanistan complaint with UNSC against Pakistan

Afghanistan has lodged a strong complaint with the United Nations Security Council (UNSC) against Pakistan for its engagement with the Taliban. 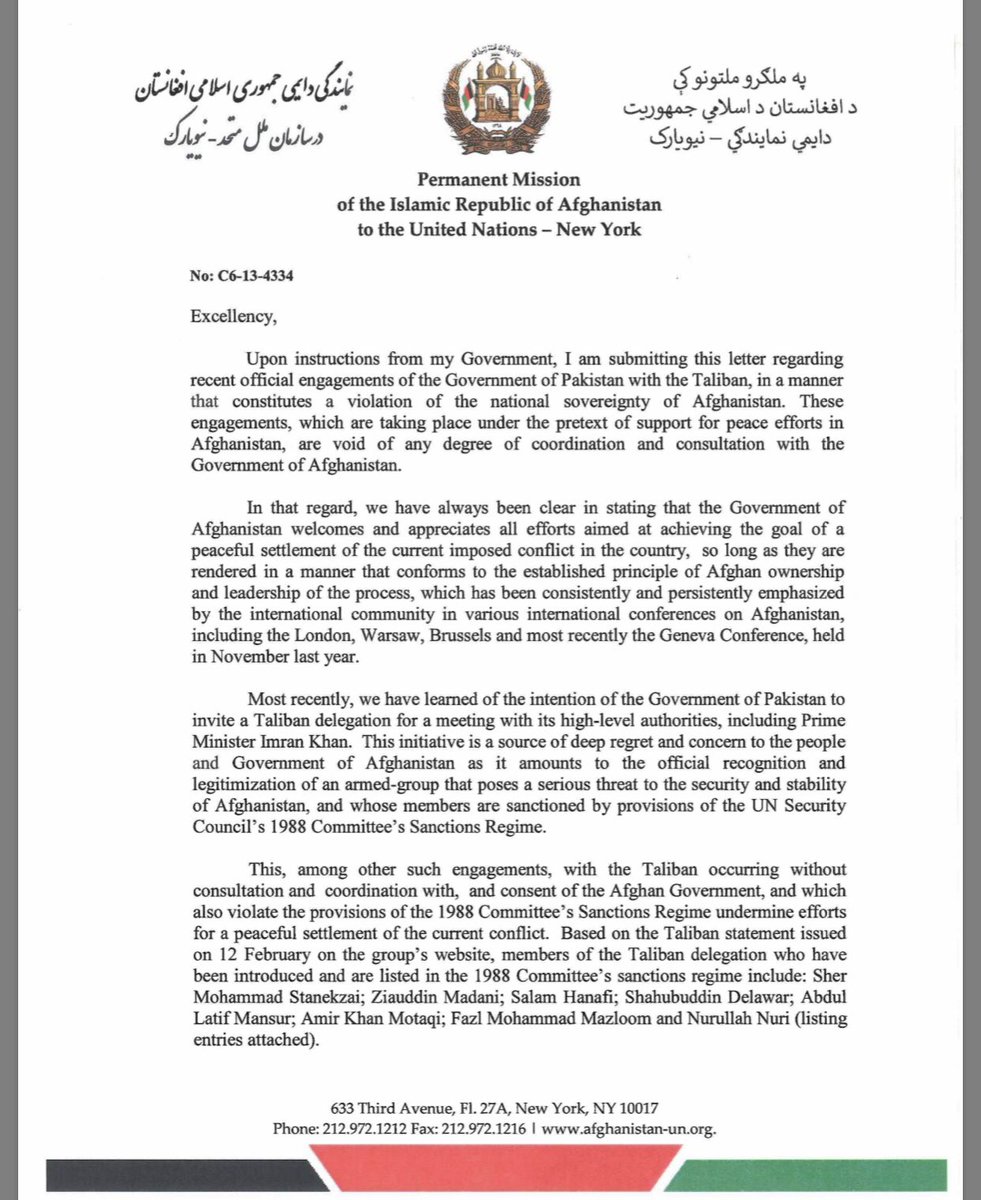 In a letter written to the UNSC, Afghanistan’s Deputy Permanent Representative to the UN Nazifullah Salarzai said, Pakistan’s invitation to the Taliban amounted to a violation of Afghanistan’s national sovereignty. The letter said, as there is no co-ordination with the Afghan government, it poses a serious threat to the country’s security.

In a tweet, Afghan Foreign Ministry spokesperson Sibghatullah Ahmadi said, Pakistan’s move not only undermines the ongoing peace efforts but also falls in violation of UNSC Resolution 1988. India’s official policy on the Afghan peace process has been that it should be Afghan-owned, Afghan-led and Afghan-controlled.