Musskan Sethi: An actor growing out of comfort zone 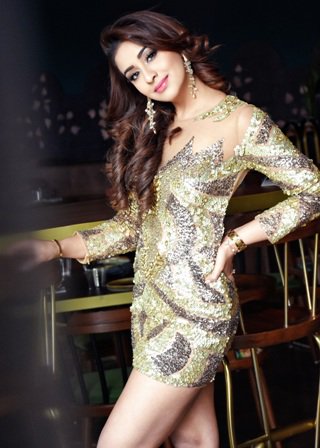 Musskan Sethi: An actor growing out of comfort zone for her upcoming projects!

A versatile actor Musskan Sethi, who made her acting debut with the 2017 Telugu blockbuster film Paisa Vasool, is leaving no bars to carry forward her dreams for Indian Film Industry. She is happily growing further, out of her comfort zone for the upcoming big projects in Bollywood & Punjab industry as well. As now she is gearing up with few big releases in her pocket this year, including Bollywood project, like Sayonnee a comeback film of actor Rahul Roy, Kya Masti Kya Dhoom, starring Sanjay Mishra, Johny Lever. Including films like High-End Yaariyaan, with Punjabi sensations Ranjit Bawa, Jassie Gill, and Ninja along with a Telugu project Radha Krishna.

Born and raised in New Delhi, since childhood, she was witnessed in her own creative and enthusiastic zone following with extra cultural activities like singing, painting, dancing, monologues, etc. Holding the deep down passionate dream of becoming an actor she carried forward her schooling from GD Goenka Public School, Vasant Kunj and did a diploma in Interior Design from Pratt Institute New York after graduating high school.

Well, Being a Model and actor she worked in several commercial brand Ads like Samsung, Panasonic, Syska & many more, and got fame for her debut role against Telugu star Nandamuri Balakrishnan in filmPaisa Vasool, which turned out to be the blockbuster hit of the year 2017.