Skip to content
Ministry of Social Affairs and Health 11.3.2019 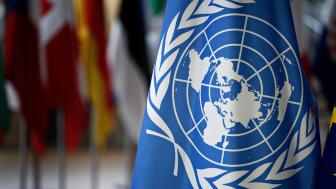 The 63rd session of the United Nations Commission on the Status of Women CSW will take place in New York from 11 to 22 March. Permanent Secretary Päivi Sillanaukee from the Ministry of Social Affairs and Health will head Finland’s delegation.

Finland’s priorities at the session are how to promote comprehensive social protection systems and basic services based on human rights as well as women’s and girl’s opportunities to participate in decision-making in their households, in the labour market and in public decision-making.

Sillanaukee will also speak at a side event organised by Finland on the themes of sexism, sexual harassment and violence against women. The side event focuses in particular on harassment against female politicians. Finland is organising the side event together with the Council of Europe. Finland holds the Presidency of the Council of Europe until May 2019. Gender equality and women’s rights are among the priorities of Finland’s Presidency.

The Nordic event of ministers will focus on men giving care and on family leaves. Family leaves are a central equality issue.

– From the viewpoint of gender equality, developing family leaves is a key question. It is important to develop family leaves by lengthening the leaves earmarked for fathers, says Permanent Secretary Sillanaukee.