A man saved his life by turning his jeans into a life jacket after being knocked overboard at sea off New Zealand. 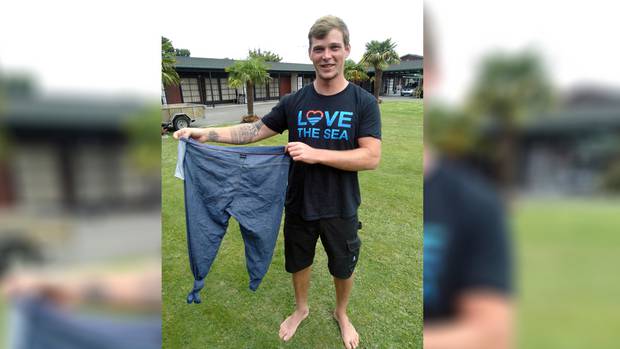 German backpacker Arne Murke, 30, (pictured) managed to survive lost at sea after using his jeans as a makeshift life jacket to keep him afloat until rescue arrived

Local media report that a German yachtsman headed for Brazil on March 6 fell into waters about 30 kilometers off the eastern coast of New Zealand.

Unable to grab a life jacket thrown to him, he instead took off his jeans, made a knot at the end of the legs, and inflated them to create a makeshift life jacket.

The man drifted at sea for more than three hours before he was saved by a rescue team on a helicopter.

The man told local media that he was lucky to know the trick with the jeans, and without them he wouldn’t be here today.

Video footage of his rescue has gone viral on the Internet. He is being showered with praise, with some people saying it was a good thing there were no holes in his jeans.