Talks begin between India & Pakistan to discuss and finalize the modalities for the #KartarpurCorridor, at Attari, Amritsar, that’ll facilitate Indian pilgrims to visit the holy shrine of Gurudwara Darbar Sahib Kartarpur.

NDTV reports in tweets; Indian delegation arrives at the integrated check post at Attari-Wagah border They will be meeting a Pakistani delegation for discussions over #KartarpurCorridor

Indian delegation arrived at the integrated check post at Attari-Wagah border today to meet the Pakistan delegation for discussions over the #KartarpurCorridor development which is due to open in November this year.WION. 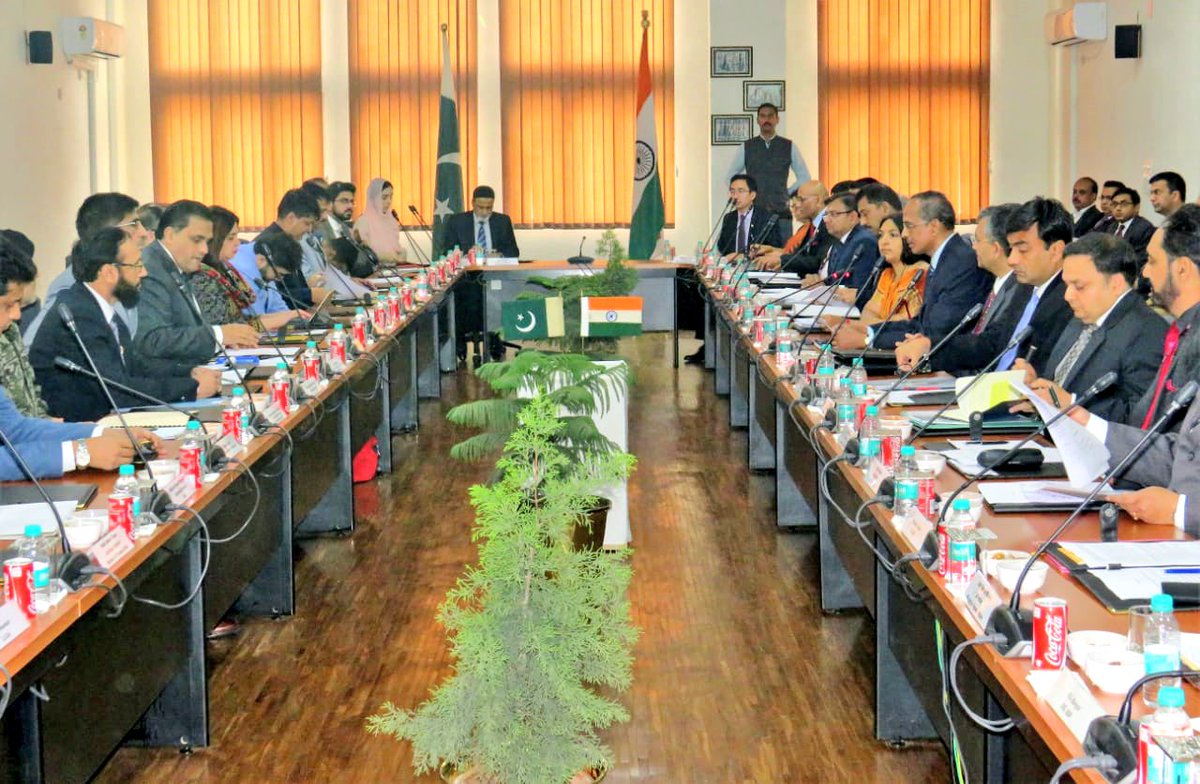 Gurdwara Darbar Sahib in Narowal district of Pakistan’s Punjab province holds religious significance for the Sikh community. It is where Baba Guru Nanak settled down after his travels as a missionary. He lived there for 18 years until his death in 1539.In lieu of such religious fervor  Pakistan and India will hold talks on the draft agreement of Kartarpur corridor between the two countries in New Delhi today.

Pakistan will build the corridor from the Indian border to the Gurdwara Darbar Sahib in Kartarpur while the other part from Dera Baba Nanak in Indian Punjab’s Gurdaspur district up to the border will be constructed by India.

Director General South Asia and SAARC Dr Muhammad Faisal will lead the Pakistani delegation, which also comprises members of a technical team that will hold a meeting on the sidelines. The delegation will leave for India via Wagha Border.

The experts will discuss issues relating to the corridor, its construction, road, and other technicalities.

Speaking to the media at the Wagah border Dr Faisal said, the dialogue on Kartarpur corridor is a step forward in the right direction in the current situation from conflict to cooperation, animosity to peace and enmity to friendship.

He further said, Pakistan agreed to the Indian proposal of meeting at Attari in-line with sincere efforts to de-escalate the situation for regional peace and stability. “Pakistan is moving forward with the spirit of constructive engagement and flexibility,” he said.

“The opening of Kartarpur corridor is a longstanding demand of the Sikhs community and Prime Minister Imran Khan’s initiative is reflective of the importance that Pakistan gives to all its minorities,” Dr Faisal added.

Pakistan has already sent the draft agreement of Kartarpur corridor to India.

A return visit by the Indian delegation will be held in Islamabad on March 28.

The FO spokesperson took to Twitter and said, “More than 30 Indian journalists covered the Kartarpur groundbreaking ceremony in Pakistan last year. They also met PM and were hosted by FM for a dinner during their stay.”

“Regrettable that India has not given visas to Pakistani journalists for the Kartarpur meeting tomorrow. Hope the #PakKartarpurSpirit and meeting tomorrow will bring a change for the better for people of both countries,” he added.

India has identified 50 acres of land for the Kartarpur Sahib corridor. The Passenger Terminal Building complex, to be built in two phases, will be a state of the art green building and display murals and photographs based on rich Indian cultural values. The design of the complex is inspired by the symbol ‘Khanda’ which symbolizes values of oneness and humanity. The building will facilitate movement of nearly five thousand pilgrims.

Sources said, robust security system will be put in place in and around the Passenger Terminal Building. New Delhi maintains that security is of paramount importance for the Indian side and discussion with Pakistan is only related to pilgrimage to the Kartarpur Sahib.