Nature of Democracy from capitalist to socialism, communism presidential to parliamentary are in vogue and election in various party based form of government in Communist and socialist and junta or military or army rule mixed in democracy socialism and communism exists in 200 nations.

Which apply in Ukraine In this election 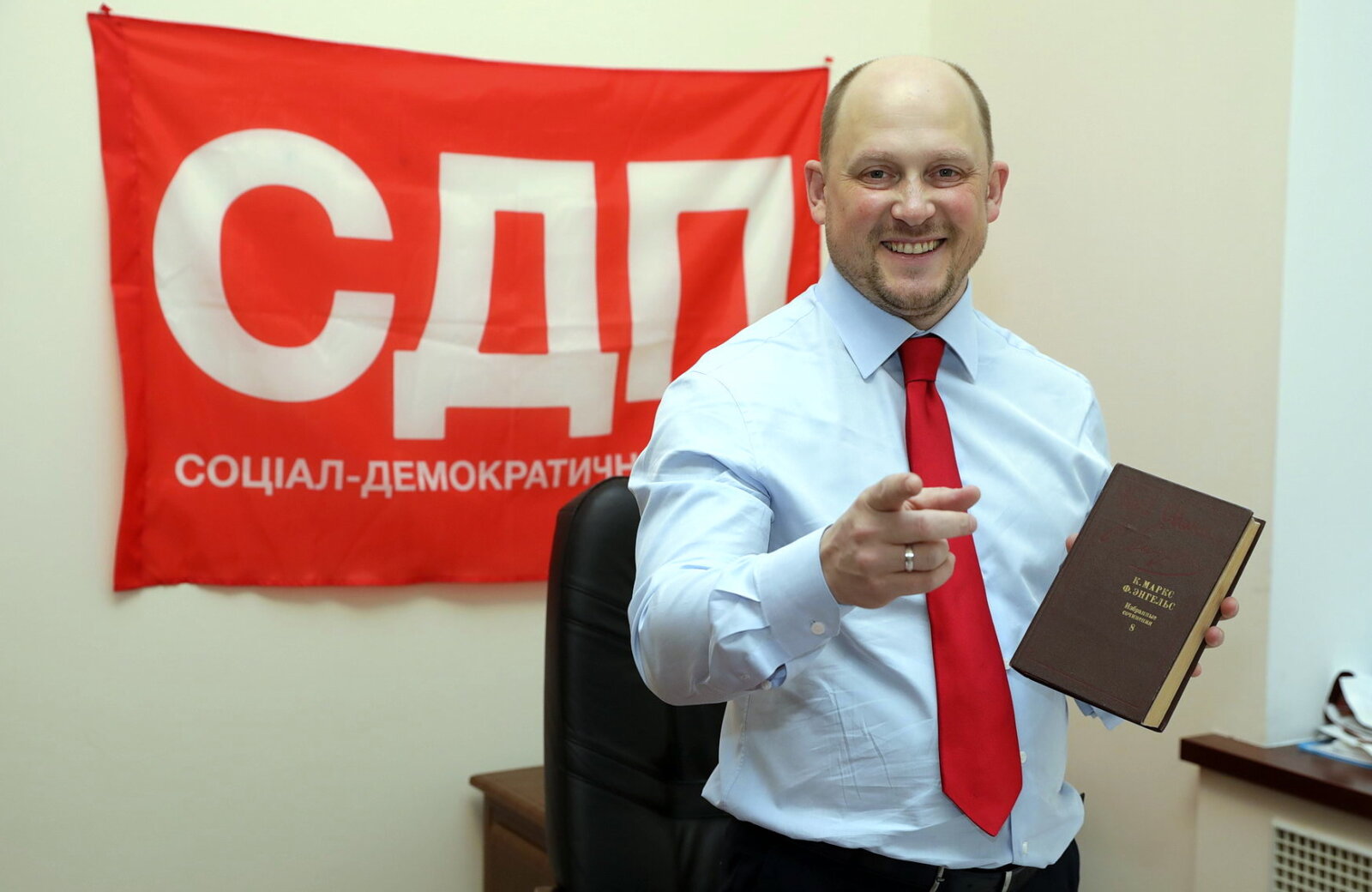 Serhiy Kaplin, the leader of the Social Democratic Party, holds up a tome of Karl Marx in his office in Kyiv on March 8. Ukraine’s “decommunization law” requires that streets and toponyms named for him be renamed. Kaplin says he will fight to remove Marx, whom he calls a great scholar, from the decommunization list.
Kostyantyn Chernihkin

Serhiy Kaplin is running for president, but he knows his chances of winning aren’t high.

Rather, the two-term lawmaker says he is running to offer Ukrainians an alternative to the current “triangle” of frontrunners: incumbent President Petro Poroshenko, former Prime Minister Yulia Tymoshenko, and the surprise favorite: comedian Volodymyr Zelenskiy.

Kaplin is a charismatic speaker known to deploy a humorous turn of phrase. But his campaign and political plans are dead serious, he says. The lawmaker advances a populist platform of helping ordinary Ukrainians.

And he’s also running as the leader of a new party. Despite last being elected to the Verkhovna Rada in 2014 for the Bloc of Petro Poroshenko, he is now the leader of the Social Democratic Party.

“Our job is to tear up this vicious triangle and offer an ideological, European, economically and historically sound alternative,” he says. “In my opinion, it’s the national idea known as social democracy.”

In both the United States and Britain, socialism is gaining popularity among young people disaffected with the low wages, shrinking benefits and limited social mobility they see as inherent as in the capitalist system.

Millions of Ukrainians face more a extreme version of these problems in a country where the average monthly wage is just over $300. Socialism should presumably have a strong base here. But in Ukraine, socialist candidates – at the campaign’s peak, there were three running for president – remain distinctly unpopular in the 2019 presidential race.

Bogged down by Ukraine’s communist history and economic populism across the political spectrum, these politicians struggle to stand out, despite an ostensible demand for economic justice in Ukraine