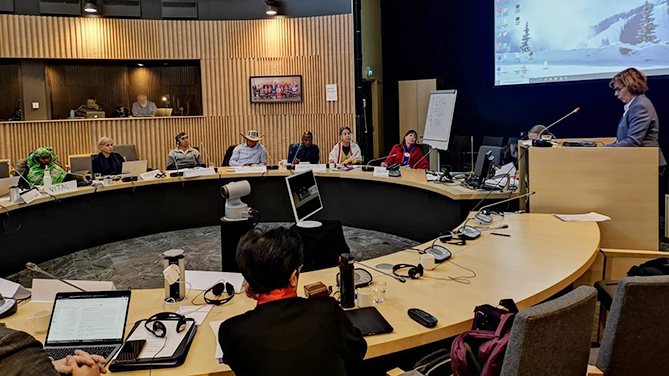 Minister of Justice Anna-Maja Henriksson met with representatives of the Sámi Parliament and the UN Permanent Forum on Indigenous Issues (UNPFII) in Inari today. According to Minister Henriksson, there is still work to be done in Finland in order to safeguard the rights of the Sámi as an indigenous people and their linguistic rights.

“The Government continues its work to reform the Act on the Sámi Parliament. A preparatory working group was appointed in January with the task of assessing the amendment needs,” Minister of Justice Henriksson said in connection with the preparatory meeting of the UN Permanent Forum on Indigenous Issues.

The preparatory meeting of UN Permanent Forum on Indigenous Issues is held in Inari this week. The meeting is attended by 16 members of the UNPFII from around the world