Nawazuddin Siddiqui, Radhika Apte along with film’s Director Ketan Mehta opened and shared their thoughts from fighting a long legal battle to secure a release date for the film to becoming a victim of piracy.

Directed by ketan Mehta under the banner of Viacom-18 motion pictures, Manjhi- the mountain man is a biopic based on Dashrath Manjhi, a poor labourer hailing from Gehlaur village in Gaya district widely known as the “Mountain Man” who had carved a mountain using only hammer and chisel, to pave a road in memory of his wife who passed away without medical treatment as travel to the nearest hospital took a lot of time due to the mountain.

The question is if social media is a boon or a bane? well, where on one we are thankful to it for making us connected to the world the other hand it acts as a curse when comes to one’s security. These days Piracy and films leaked online before their release are among the biggest nuisances, the internet is currently causing filmmakers and recently, what has come under its net was manjhi the mountain man which has been leaked online 10 days prior to films release.

The man who titillated everybody with his acting skills in gangs of wasseypur, badlapur and many more feels that film like Manjhi looses their essence if watched on small laptops and phones. He added “I don’;t run after money for films”

The film also stars Radhika apte, who recently acted in a Bengali short film Ahalya said “this is the first time I have been a seductress apart from Ahalya. I got molested in Badlapur and in Hunter also I am trying to reject him”

“After badlapur I got those big franchise of sex comedies. I am trying really hard to not be in that category.Some people typecaste you.” she said.

The film is slated to release on 21st August.

The news of auditing of CAG of power distribution companies and exploring the manipulation of accounts is in preliminary stage and more shall follow when the auditing will be done from the tech,capital expenditure and maintenance is observed from last five years or since its entering the contractual obligation
The appointment of CAG was pursued by Mr Naresh Kumar Sagar to Mr Prashant Bhushan to take up the case through court for their appointment  on plea that the services which DISCOM companies are doing comes under essential services and the appointment of CAG to screen their account is within frame work of the norms. This is when the AAP was holding press conference at Constitution club before AAP came to power. Power tariff will have to be reduced in the national capital: Delhi CM Arvind Kejriwal in the wake of CAG indicting 3 private distribution companies for allegedly inflating dues from consumers to the tune of a whopping Rs 8,000 crore.

Media reports about the Comptroller and Auditor General (C&AG) findings which severely indict and expose the foul play and cheating by the private power distribution companies (DISCOMS) in Delhi since over a decade is a clear vindication of the Aam Aadmi Party’s consistent stand on the issue, and a victory of the people in their fight against the corporate oppressors.

The fraud played by discoms running into thousands of crores of rupees is just the tip of an iceberg. The real scam is that the then ruling Congress and opposition BJP in Delhi came together to assist the private power companies to loot the people of Delhi since 2002 onwards.

The Aam Aadmi Party demands that the Delhi government should immediately ask the Delhi Electricity Regulatory Commission (DERC) to reject the Discoms petitions for power tariff hike and announce lowering of tariffs in Delhi.

The AAP also demands that the state government should take all possible steps to ensure that the CAG report is made public in totality at the earliest so that the people can come to know of how they were looted by a political-corporate nexus.

The AAP demands that criminal action should be initiated against those who connived to hike electricity tariffs in Delhi through illegal means.

What has come in public domain through media reports also calls the bluff of former governments that CAG audit of private discoms is not possible.

Both the Congress and BJP are guilty of having sided with discoms – Congress role is crystal clear. BJP cannot escape the responsibility of having slowed down the CAG audit during one year of President’s rule.

The AAP challenges both the Congress and the BJP to tell the people of Delhi why they were opposed to the CAG audit of discoms and why they chose to stay away from DERC public hearing on discoms petitions for tariff revision.

“The report of the CAG should be made public and the culprits including the Sheila Government and the opposition BJP need to be brought to book. The proposed tariff hike need to be scrapped and government members in DERC be replaced,” AAP Delhi secretary Saurbah Bhardwaj said.

It must be noted that the UPA and the BJP government at the Centre tried its best to avert a CAG enquiry into the working of the Private discoms. Both BJP and Congress failed miserably to save their corporate masters and themselves and the truth is now out. Around 15 MLAs of the AAP party fought tooth and nail to avert the tariff hike by arguing the people’s case in DERC recently.

Aam Aadmi Party will continue to struggle for people’s cause and despite restrictions and non-cooperation from the centre we are determined to bring relief and ensure transparent government for the people of Delhi.

Eubiq
It’s nearing the end of the work day but we are still here at Causeway Point Level 1 sharing the benefits of having Eubiq installed in your homes as well as promotions to give you the best bang for buck! Do drop by and say hi if you’re around the area!

57% of total income of 5 National Parties during FY 2013-14 was from sale of coupons; Donations formed 22% of the income of the parties; BJP is yet to submit its report to the ECI

The Election Commission of India (ECI), in its letter dated 19th November,’14 issued to the President/General Secretary of all political parties, stated that it was mandatory for the parties to submit details of their audited report to the Commission. This report analyses the total income and expenditure incurred by the National Parties during FY 2013-14, as declared by the parties in their IT Returns submitted to the ECI.

For the complete report in Hindi, kindly refer to the attachment.

Declaration of sale of coupons and donations by National parties: FY-2013-2014

For details on the top sources of income of the National Parties, their top items of expenditure during the FY 2013-14 and the need for a strict mechanism for reporting financial statements of political parties, please refer to the attached report. 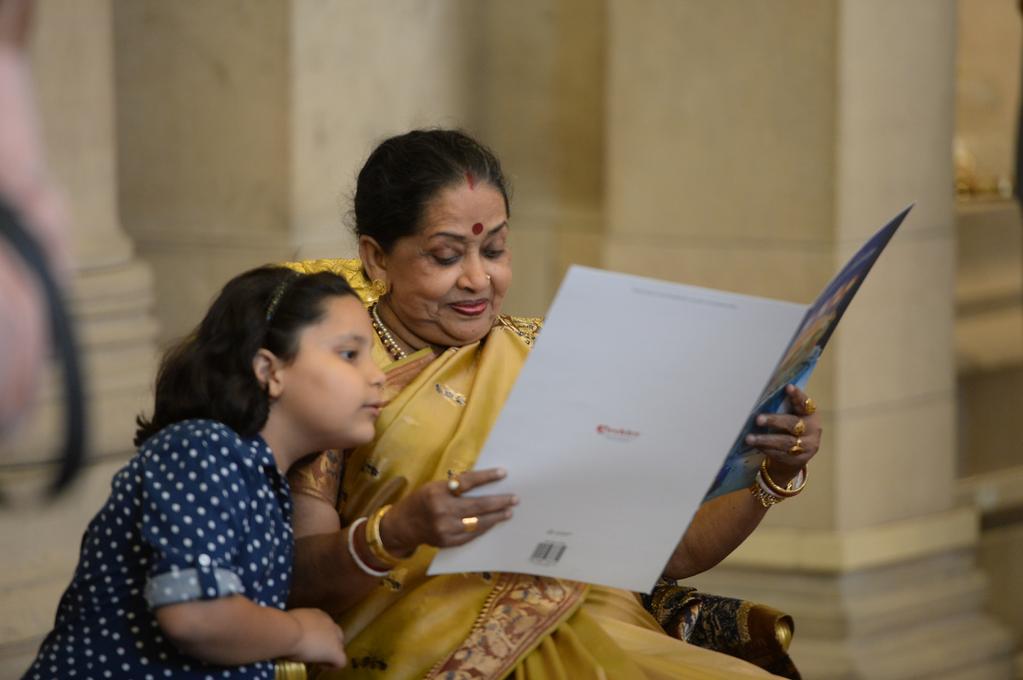 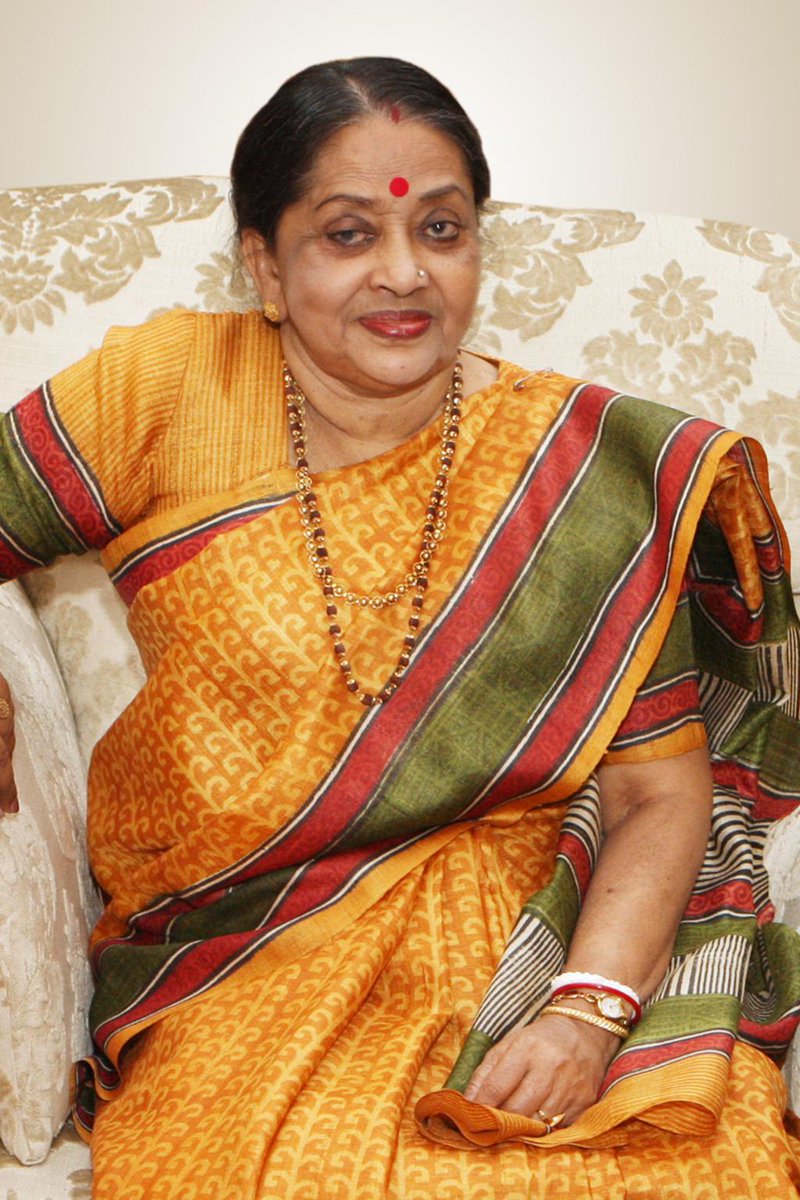 ‪#‎BangkokBlast‬: Experts bring in sniffer dogs as they comb the area for bombs, following an explosion at Erawan Shrine. http://bit.ly/1JcLWKW